Any Given Thursday – a memoir by Eugenia Pantahos

Last year on a Thursday evening in Frankfurt, Germany, I launched my memoir Any Given Thursday from my hotel bed. Only after I had hit ‘upload’, did I realise just how serendipitous that was. 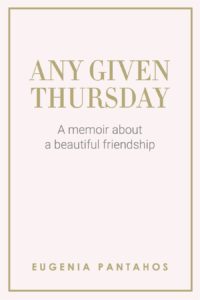 Any Given Thursday It is a book about friendship. It’s a story of a woman with a beautiful heart, a generous spirit, a diagnosis, and a battle that would become insurmountable. It’s a book about life and love, about dedication, about facilitating a journey, and the inevitable surrender. It’s about making a difference, showing up, having courage, and always remembering.

The eBook for Tablet, Phone and Kindle is now available here.

The story in this book is so close to my heart, and because of that, part proceeds will be donated to various causes as a way to give forward to those who are doing it tough. Help me to make a difference!

I’m thrilled to share with you just some of the reviews of Any Given Thursday.

“I managed to read ‘Any given Thursday’ on a wintry day. Couldn’t put it down!! Thank you for allowing us into your personal and family life. Such a truly inspirational memoir of friendship.” – Emerald

“I just finished reading ‘Any Given Thursday’ and wanted tot hank you for sharing such a beautiful and personal story. I was personally touched by your expressiveness and connection to your beautiful friend as well as they way you’ve highlighted the importance of family and traditions! I have no doubt in my mind that AK is looking upon you with a smile every day for the beautiful family you have raised and the gifts that you have bestowed on all of us around you.” – E McD

I’m Eugenia Pantahos, and I thank you for reading my post!

The Benefits of Travel

I’m feeling the inspiration and creativity that comes from traveling.

When we travel we are open to new experiences, new tastes, new sights, new smells, new rhythms, and to new people. We met many lovely people along the way from a talented French man who was on our train returning home from Venice to France. I simply adored hearing him say “oui madam”!!! 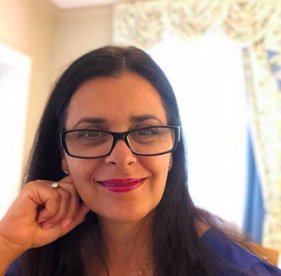 He had just finished his engagement as MC and as a performer at Carnevale in Venice. Those closest to me know that I would love to attend Carnevale in Venice and when I learned that our plans in Italy meant we couldn’t attend I felt just that little pang of sadness. But the universe brought Carnevale to me, and I experienced it through his amazing photos and stories. The colours, the costumes, and the make up that took more than two hours to apply, allowed the experience to unfold right before my eyes. Such a gift.

“To travel is to take a journey into yourself” – Danny Kaye.

Then we met a wonderful, gorgeous Italian taxi driver with a beautiful presence, sparkling blue eyes and heartwarming smile. He is also a model (with dignity), is moving into his new home and is now working on decorating and styling plans with his interior designer.

We were so impressed with this young (33 year old) man that we engaged his services for three more taxi trips. In conversation he told us his birthday was coming up and it just happened to coincide with mine! That’s the third person to come into my life who celebrates on the 26th.

What surprised me the most is that he messaged my husband all the way from Italy to wish me a happy birthday!!!

Travel expands our thoughts, our relationships and makes one realise that we have more in common than we do differences. Finally, in the words of Mark Twain….

“Travel is fatal to prejudice, bigotry, and narrow-mindedness”.

Love to you all

Farewell to our Patriarch 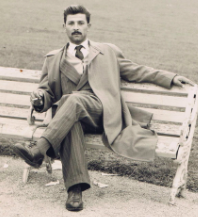 The photo to the left is my father sitting on a bench in Elder Park, Adelaide the day after he arrived in Australia, having left my mother and their three children in Greece to seek opportunities in Australia. He is a man filled with hopes and dreams. Circa early 1956.

With hard work, sacrifice, and a vision for his family, and with much dedication, a life was created in Australia, and it would take six and half year before my mother and their three children would be reunited.

We benefited from the choices and sacrifices my parents made, and have made them proud and happy. Together they lived a full life with their family, their community work, and lots of travel and shared experiences catching up on the lost years.

The days after my father passed away, we received over 120 people into his home where as a family we received condolences. As is customary in Greek Orthodox tradition, those visiting brought jars of Greek coffee, bottles of Brandy, and plates of Paximadia (Greek Lenten Sweet Rusks). These offerings help the family cater for the many visitors who will want to visit the grieving family, and also come in useful for serving at the wake and other memorial services. 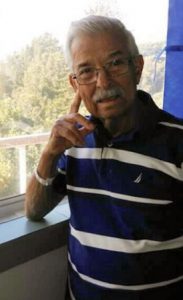 We have farewelled our father to a standing room only service at St George Greek Orthodox Church and afterwards the wake and celebration of his life was held at the Elion Society “Olympic Flame’ Hall, where he was a founding member and has served the community continuously for 45 years. Over 320 people came to the hall to share in a meal, drink to his memory and to honour our father.

He was a loved and devoted father of 5, adored pappou of 17, and a cherished great-pappou of 22. A true gentleman, a patriarch, a father and a friend ❤

As a family we are honoured that so many people came to pay their respects, and some travelled from far away and interstate to do so.

He will be missed deeply.

I’ve been busy autographing books and getting them into my wonderful stockists. Have you got your signed copies of Greek Life yet? If not, simply visit the most convenient store in your state. The full list of stockists can be found here. 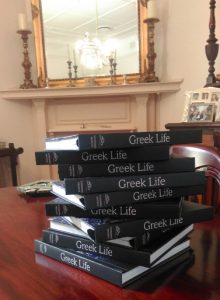 These copies of Greek Life are being sent out as a special order and I’ve personalised and autographed them especially for my customer.

Wherever you live in Australia, be it South Australia, Victoria, Tasmania, New South Wales, Queensland, the Northern Territory or Western Australia, you’ll be sure to find a stockist nearest you.

If you live remotely, then I’m happy to personalise your books and have them sent direct to you. Simply email me at jeanie.pantahos@bigpond.com

The hardcover version of Greek Life can easily be posted overseas for those living outside Australia. As you would expect, postage and handling will cost a bit more, but I know that it will be worth it. Need convincing? Check out the amazing REVIEWS that my readers have sent me.

Greek Life is a great gift for birthdays, graduations, kitchen teas, for your bridal party, Christmas or any occasion for that matter.

I love learning what Greek Life means to those who have my book, whether they chose to buy it, or were given it as a gift. My heart skips a beat and is filled with joy and happiness, as my readers share the similarities of their family’s journey, share their thoughts, or when they send photos of the book sitting in pride of place in their homes.

A huge THANK YOU to everyone who has supported me on this journey.

The theme for the August free downloadable and printable calendar (a gift from me to you) is PASSION. Here’s a little visual inspiration. 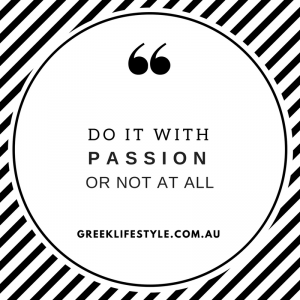 Passion gets us excited, it fills our mind with ideas, new realities, wonderful opportunities. It runs through our veins, makes our heart quicken, can make our cheeks flush. So whatever it is that you do, what ever path that you are exploring, remember to do it with passion or not at all!

Get your free calendar here

Winter is a wonderful time to enjoy a delicious and mouthwatering Greek Milk Pie, known as Galtatopita. You’ll love the aromas of vanilla essence and the creaminess of this amazing milk pie. Enjoyed warm, or chilled overnight, it matters not. Cut this pie into pretty diamond shapes, and place on your most gorgeous cake plate….and then quite simply surrender to the deliciousness that is Galatopita. The recipe can be found in my book Greek Life. You will love this family favourite. Here’s a clip of how to make this sublime Greek sweet.